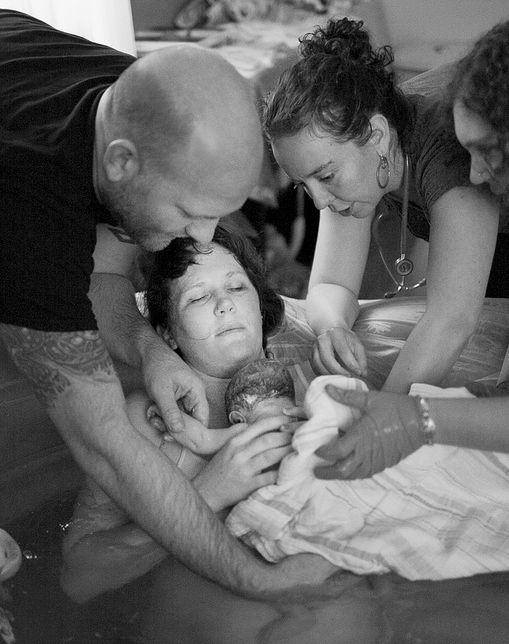 Home births have been, for a long time now, the subject of endless controversy and polarized discussions among physicians, midwives and strongly opinionated women. Indeed, the idea of giving birth at home sounds attractive. With the growing  interest for an “all natural” lifestyle, natural home birth looks like a logical way to go. What’s more, celebrities are doing it, and midwives are becoming a status symbol!

Even mass media has embraced the trend: since 2008, when the documentary The business of being born was aired in the USA many women were “converted” to fanatic home birth supporters. This documentary follows a New York midwife who delivers babies at home, while it “uncovers” -what they consider- the major business childbirth has become for doctors and hospitals. In the UK, the series Call the midwife, with its empathetic view of midwives have experts hoping that “it will spark a resurgence in home births…as women see the holistic care that midwives can deliver”. 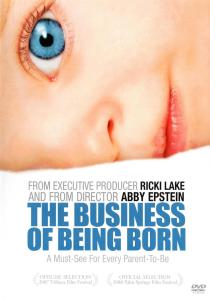 And all this “campaign” seems to have worked! Home births have seen a considerable increase in many countries, including the USA, Canada, UK and Australia.

So why the fuss about giving birth at home? Why do women want to deliver like in the 1900s? The answer to these questions is not straightforward…

While reviewing the bibliography on home birth, I realized how massive the amount of information on this subject is, both in scientific and lay sites, and how contradictory it becomes sometimes…

If you are considering home birth, check out this article where I analyze the reasons women choose to have their child at home. In order to simplify reading, I divided it in three parts; read all three so that you can make your responsible and educated choice.

1) “A delivery at home is a wonderful experience”

There is no doubt that birth is a unique, life-changing experience for every woman, and no one can deny the importance of the emotional and psychological aspects of a bringing a child to the world. As mentioned earlier, the reasons women choose a home birth are many: some women feel that the privacy of their home will make them feel more comfortable, less stressed out, and with more control of their own labor. Others find that being surrounded by friends, relatives, or their older children is of utmost importance. Finally, many woman choose home birth out of curiosity, as they have heard so many stories about amazing, empowering, ecstatic, or even “orgasmic” home births. Actually, personal satisfaction seems to be the main reason women want to deliver at home.

But is home birth always this pleasurable, fantastic experience women expect?  Unfortunately, this is not always the case. According to Birthplace, a recent British study, a high percentage of women will need a hospital transfer: up to 45% of first-time mums (nulliparous) and 13% of second and subsequent time mothers (multiparous) were transferred to a hospital. Similar figures are reported in the Netherlands, a country with a long tradition of home birth: 49% of primiparous and 17% of multiparous women are transported during labor. Most of the times, transfer to a hospital is not a great experience for the couple, as their expectations for a home birth are not fulfilled; this has been uniformly demonstrated by several studies from different countries (such as Sweden, Netherlands and Belgium). Moreover, a Dutch study evaluating women’s views of their birth experience 3 years after the event revealed persistent levels of frustration, including serious psychologic problems, in transported women compared with those who delivered at a hospital.

There is another fact we should not ignore: labor is inherently painful. Even though at home women may be more comfortable and this may result in less pain, sometimes it may be impossible to cope with pain and an epidural may be necessary. Pain relief is actually one of the most common reasons for transport to the hospital, since pain can become overwhelming, In fact, a recent study showed that inability to control labor pain may increase the risk of developing postpartum depression.

2) “Home births are safe for the mother”

Besides personal satisfaction, another common reason women choose home birth is because it’s less invasive. The dreadful “cascade of events“, that is, one intervention leading to another during a hospital birth fills with terror most home birth supporters. Indeed, almost every study shows that home births are associated with less interventions as compared to hospital births. The term “interventions” includes: epidural anesthesia, ventouse or forceps delivery, cesarean section and episiotomy (see also here, here and here).

Another controversial intervention that has gained a bad reputation among home birth supporters is continuous fetal monitoring, as they think that it is not needed, it gets in the way of the natural birthing process and it increases interventions such as cesarean section and forceps delivery. But what is the scientific evidence on this subject? According to a Cochrane review, the use of fetal monitoring increases the cesarean delivery rate, vacuum and forceps operative vaginal delivery; in addition, fetal monitoring does not seem to reduce perinatal mortality, neither cerebral palsy risk; however, it reduces by 50% the risk of neonatal seizures, that is, of brain damage.

But while some women may experience fetal monitoring, episiotomy or vacuum delivery as a traumatic experience, others may not get particularly bothered by an episiotomy -and many will feel blessed by the epidural “intervention”. So maybe a more important question is: What about severe maternal complications and maternal deaths? In regard to this matter, there is not much information, and the studies’ conclusions are contradictory. A Dutch study  looked at “severe acute maternal morbidity” (such as admission to intensive care unit, uterine rupture, blood transfusion, etc) and found that women who delivered their first baby at home had the same risk with women delivering at a hospital, but parous women had increased risk of postpartum hemorrhage and blood transfusion when delivering at a hospital; however, another study, also from the Netherlands, did not confirm these findings. Therefore, a hospital birth leads to more interventions, but it does not seem to increase the risk of serious maternal complications. Regarding maternal deaths, they are a rare event; thus it is not possible to draw conclusions from the studies.

There is something that every woman considering home birth should understand: the studies results apply only to very low-risk pregnancies. Higher risk women, such as those with twin pregnancies, previous cesarean sections, prematures, post term pregnancies, were excluded from most studies, although it is no secret that they are also having home births (it’s easy to realize it just by checking the social media…). It is certain that for these women the risks is much higher, not only for them, but also for their babies.

3) “Home births are safe for the baby”

Canada: A recent study showed that planned home birth was not associated with a difference in serious adverse neonatal outcomes as compared to hospital births (Hutton et al, 2016). This study was limited to the Ontario area, had very strict inclusion criteria and high transport rates (see below).

The Netherlands: The Netherlands are usually considered the “gold standard” due to their long tradition in home births. In 2009, de Jonge  showed that home birth does not increase the risk of perinatal mortality and severe perinatal morbidity among low-risk women. However, some aspects of this paper may have underestimated the risk (e.g.,  paediatric data on intensive care admissions was missing for 50% of non-teaching hospitals, among others). In fact, a subsequent Dutch study showed that infants of pregnant woman at low risk under the supervision of a midwife had 2,3 times higher risk of perinatal death than infants of pregnant women at high risk  under the supervision of an obstetrician. Moreover, infants of women who were referred by a midwife to an obstetrician during labor had a 3,66 times higher risk of delivery related perinatal death than women who started labor supervised by an obstetrician (See below for more details on home births in the Netherlands).

England: A 2011 large study, the Birthplace study showed that, for low-risk women,  home birth had 60% higher chances of “baby events”. The events included death (13%), neonatal encephalopathy (brain damage due to lack of oxygen, 46%), meconium aspiration syndrome (the baby swallows stools, a sign of suffering, 30%), brachial plexus injury (damage of the nerves of the arm, 8%), fractured humerus or clavicle (4%); if the analysis was restricted only to nulliparous women, this risk was almost 3 times higher. For multiparous women (2 or more children), there were no significant differences in the incidence of adverse outcome by planned place of birth.

Australia: in a paper by Kennare et al, although there were no differences in perinatal mortality, home birth was associated with 7-times higher risk of intrapartum death, and 27-times higher risk of death from intrapartum asphyxia (lack of oxygen). Interesting enough, one of the authors (Dr. Keirse) was the chairperson of the working party that developed the Policy for Planned Birth at Home in South Australia.

USA: The largest American study comparing home and hospital births was published in 2013, including data on more than 13 million births. This study indicated that babies born at home are 10 times more likely to be born dead and have almost 4 times higher risk to have neonatal seizures or serious neurological dysfunction (that is, brain damage) when compared to babies born in hospitals. Moreover, the risk of stillbirth in women delivering their first baby at home was 14 times the risk of hospital births. Dr. Grunebaum, one of the authors, explains that most likely the risks are even higher than that: “… the outcomes for patients whose care began out of the hospital but were then transferred to the hospital due to complications are reported as hospital deliveries. If the data were corrected, the risk of out-of-hospital delivery is likely to be much greater.” Another American study confirmed these findings, which, contrary to the British study, showed that the neonatal outcome was worse both for nulliparous and multiparous delivering at home.

Pooled data from USA, Australia, Switzerland, Netherlands, Sweden, Canada & UK: A study by Wax et al. showed that home births are associated with a risk of neonatal death three times higher as compared to hospital births. The results of this study led the reputed medical journal The Lancet to write an editorial stating “Home birth: proceed with caution”. Wax’s study though was highly criticized on methodological grounds.

Why such a disparity in the results of the different studies?

There are many possible explanations: