Yes!! the pregnancy test is positive! You go and share the good news with your friends and relatives…And that very same moment, people will start “bombarding” you with advices: do this, don’t do that… So you start wondering: What is safe? What can harm my baby?

This post is about the most common “Is it safe….?” questions. Since the subject is extensive, this will be “Part 1”, dealing with food, drinks, alcohol & tobacco. More do’s and dont’s are coming….

Eating healthy is one of the best things you can do to your baby, and to yourself! There is not a specific diet for pregnancy; you should just follow a healthy, varied, balanced diet: plenty of fruits, grains and vegetables, but also dairy products and meat, which provide iron, calcium, vitamins and proteins. You don’t need to eat for two! Actually, if you have a normal weight, only a few extra calories a day are needed while pregnant: none during the first trimester, about 300 the second, 450 the last trimester!

Try to eat frequent and small meals, and avoid eating a copious meal before bedtime. Although sweets, fatty or processed food should not be in your every day diet, don’t feel bad if you get occasionally tempted! In any case, pay attention to quality, but also to quantity: excessive weight gain may put you at risk of having gestational diabetes, pregnancy-induced hypertension or delivering a macrosomic (too big) baby…Not to mention that you will suffer to lose those extra kilos after birth!

Herein you will find some things you need to know about eating and drinking during pregnancy:

Meat is an excellent source of protein, iron, vitamins and minerals. But you should only eat well-cooked meat. Forget about carpaccio, steak tartare or saignant!

Eating undercooked or raw meat can lead to toxoplasmosis, a severe infection that may harm your baby. Uncooked cured meat, such as salami or prosciutto should also be avoided. Liver and liver products (such as pate) contain high levels of vitamin A, which is toxic for the baby. Indeed, a single serving of cow’s liver contains three times the recommended daily amount of vitamin A allowed in pregnancy, so even if liver is considered to be a healthy food, rich in proteins, iron and vitamins, stay away from it, or consume it no more than once a month.

Undercooked meat, especially poultry can carry salmonella, which may cause a very severe form of food poisoning, so pay special attention to cook well your chicken. Since Salmonella is also present in eggs, the consumption of raw or partially cooked egg is discouraged (this includes homemade mayonnaise, tiramisu, etc). 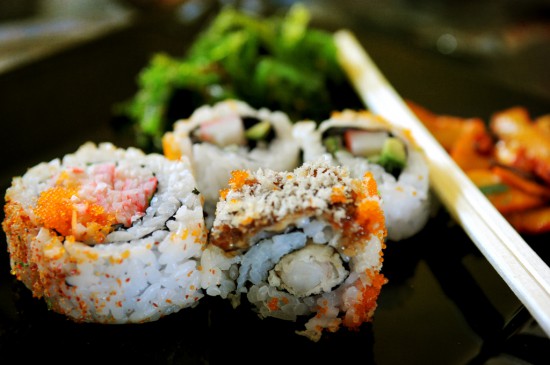 Fish is an excellent source of proteins, vitamins and the valuable omega 3 fatty acids, which boost your baby’s brain and eye development. However, you should avoid certain fishes, such as shark, swordfish, king mackerel, tilefish, and tuna. These fishes are contaminated with large amounts of mercury, which can be toxic for your baby. To see more details about mercury levels in fish and allowed servings, please click here.

Raw fish and seafood may contain harmful bacteria or viruses. Therefore, do not eat raw fish (includes some varieties of sushi and sashimi) or raw oysters. Octopus, calamari, shrimp are fine as long as are properly cooked. With smoked fish (such as salmon and trout) the opinions are divided: while it is considered to be safe by some experts, others advise against it due to the possibility of contamination with listeria, a bacterium potentially harmful for your baby. 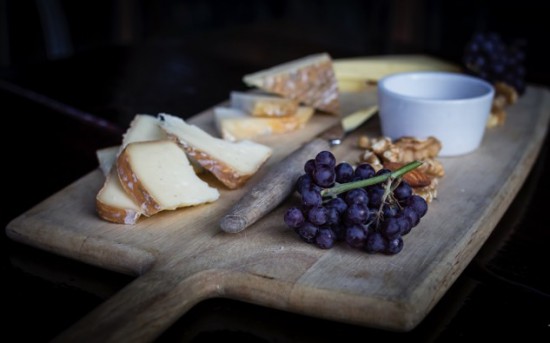 Cheese is a great source of calcium and vitamins, so go ahead and eat cheese as long as it is made of pasteurised milk. You should not eat soft cheeses such as brie, camembert, chevre, roquefort, which may grow the rare, but dangerous listeria. Check the packages, where it usually states states if the cheese is made with raw or pasteurised milk, and avoid homemade cheeses. Hard cheeses are fine. For the same reason, the milk you drink should always be pasteurised. 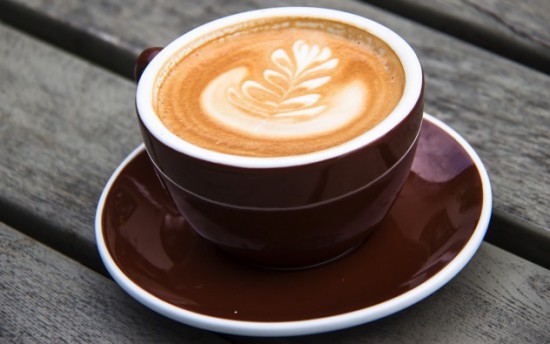 There is some (controversial) evidence that having more than 200 mg of caffeine a day may put you at risk of miscarriage or having a baby with low birth weight. This means that you may drink up to two cups of instant coffee or 1 cup of brewed coffee a day. Don’t forget other sources of caffeine, such as tea, cola, energy drinks or chocolate. For caffeine content of different beverages, please click here. 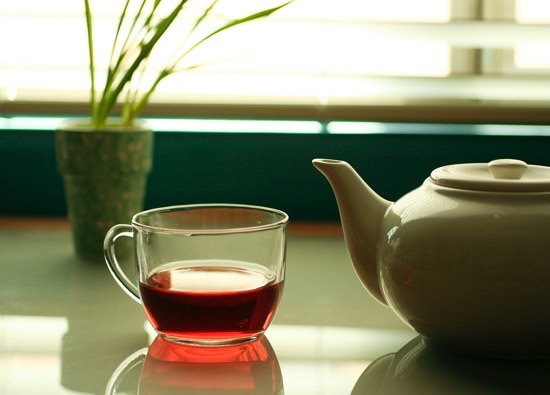 Herbal or natural doesn’t necessarily mean “safe”. Most teas are thought to be safe in pregnancy, as long as you don’t drink large amounts. Green tea contains caffeine, so do not exceed the recommended limit of 200 mg of caffeine per day (see above).

There are a couple of teas that you better avoid: Sage tea may be linked to miscarriage and high blood pressure. Parsley tea may increase the risk of miscarriage. Valerian is also best avoided, as well as chamomile in large amounts. Raspberry leaf tea may cause contractions, so do not consume it in early pregnancy, but it may be fine to drink during late pregnancy. 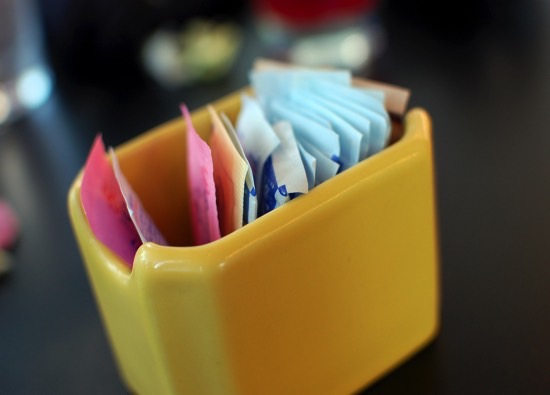 In general, artificial sweeteners seem to be safe to have in pregnancy, they are though recommended with moderation. Stevia and sucralose should be preferred. Aspartame seems to be safe with moderate consumption, but it should be avoided by anyone with a rare disease called Phenylketonuria (PKU) or by persons with high levels of phenylalanine in blood. Saccharin and cyclamate have been possibly linked to same types of cancer, so they are best avoided in pregnancy. 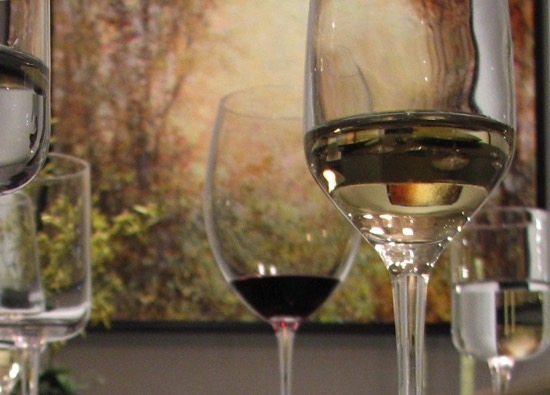 Alcohol in large amounts is highly toxic for the unborn baby. For light (social) drinking, the data has been contradictory. According to the British organisation NICE, although there is uncertainty regarding a safe level of alcohol consumption in pregnancy, at this low level there is no evidence of harm to the unborn baby: no more than one or twice a week, 250cc beer or 1 shot (25 ml) spirit or 2 small (125 ml) glasses of wine. Nevertheless, NICE recommends to avoid alcohol consumption during the first trimester due to a possible increased risk of miscarriage. 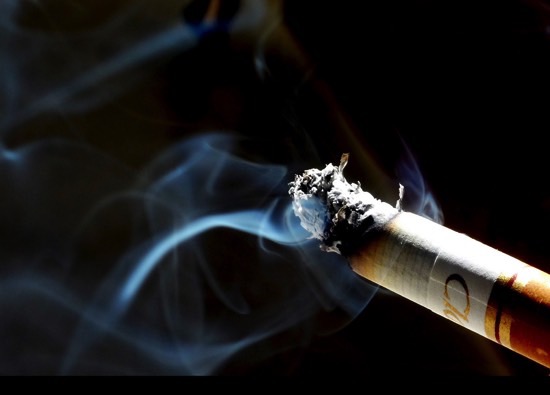 The dangers of smoking have been widely established. Smoking during pregnancy puts you at higher risk of having a baby with low birth weight, as well as stillborn, sudden infant death syndrome, miscarriage, premature labor and placental abruption. Moreover, later evidence incriminates smoking of causing birth defects. See more information here. The risk includes even secondhand smoke. If you are pregnant and you keep smoking, discuss with your doctor the options you have to quit as soon as possible… 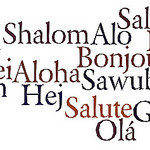