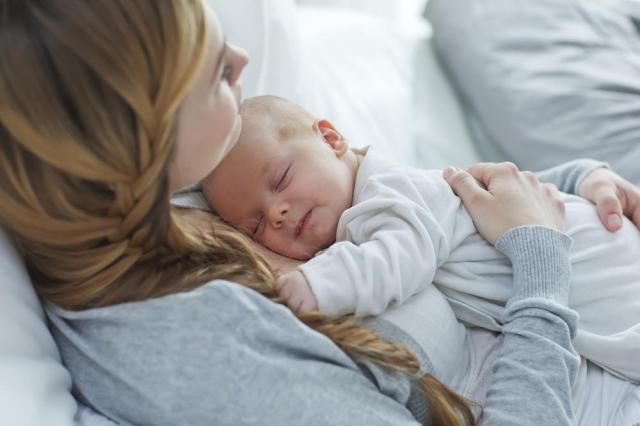 “Once a Cesarean, always a Cesarean” has been the standard recommendation for many years. But the increasingly high cesarean section (C-section) rates around the world have led doctors to reassess the risks of a cesarean section versus delivering vaginally after having a previous C-section.

Repeat C-section or VBAC? The answer is not straightforward. Both options do come with some risks, and those risks vary depending on the woman and the specific pregnancy.

Here’s what you need to know about a vaginal birth after cesarean section and what you should discuss with your doctor if you want to try delivering your next baby vaginally.

1) What is a vaginal birth after cesarean delivery (VBAC)?

If you’re pregnant again and your last baby was born via cesarean section, this time you have two choices about how to give birth:

Planning for a vaginal birth after caesarean (VBAC) or choosing an ERCS have different benefits and risks (see below).

2) What are my chances of giving birth vaginally after having a C-section?

As long as you are an appropriate candidate for a VBAC, there are good chances to succeed: about 60 to 80% of women who attempt a VBAC will deliver vaginally.

There are certain factors which affect the chances of success, both related to the mother and the baby (see below). Nevertheless, it’s impossible to predict with certainty who will be able to have a vaginal delivery and who will end up with a repeat c-section.

A previous vaginal delivery, particularly previous VBAC, is the single best predictor of successful VBAC and is associated with a VBAC success rate of 85–90%.

Planned VBAC is appropriate for the majority of women who:

4) When is VBAC contraindicated?

Planned VBAC is strongly discouraged in the following cases:

5) What factors reduce my changes of having a successful VBAC?

In general, the chances of success are lower in the following situations:

You should discuss with your practitioner about your individual chance of success and carefully weigh the benefits and the risks.

6) What are the benefits of a VBAC?

C-section is a major abdominal surgery, and as such is associated with certain increased risks as opposed to a vaginal birth. Therefore, a successful VBAC entails:

If you plan to have more children, VBAC may help you avoid certain health problems linked to multiple cesarean deliveries. In fact, C-section complications, such as haemorrhage, emergency hysterectomy, bowel or bladder injury, adhesion formations are all higher with the increased number of cesarean deliveries. Moreover, every C-section you have raises your risk in future pregnancies of placenta complications, such as placenta previa (the placenta lyes low and covers the cervix) and placenta accreta (the placenta implants too deeply and doesn’t separate properly at delivery). Both conditions can result in life-threatening bleeding and a hysterectomy. If you know that you want more children, this may figure into your decision.

8) Can I have a VBAC if I have two prior C-sections?

According to the American (ACOG) and British (RCOG) guidelines, women who have had two prior lower segment caesarean deliveries may be offered VBAC after careful counselling. Nonetheless, they should be aware that the risk of uterine rupture is increased up to 5 times (0,9 to 3,7%).

VBAC after 2 previous C-sections is highly controversial, and may not be acceptable for certain physicians or institutions.

9) What to expect during a VBAC

It is important that you understand that uterine scar rupture may be silent, and that even an emergency C-section may not prevent serious complications, both for you and your baby.

VBACs are controversial, and it may be challenging to decide whether is the best choice for you. Find a practitioner willing to support VBAC, discuss with him/her your options. Give yourself plenty of time to inform yourself and consider carefully the pros and cons of each option.